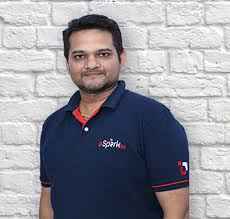 If you are interested in mobile app development, you might be familiar with Kotlin. The emergence of Kotlin as an alternative to Java is on the front pages for a while.

A major reason for Kotlin’s popularity is the stamp marked by Google on it as the official android app development language.

Google announced that Kotlin will get its first-class support on the Android platform. Apart from that, one of the best parts about Kotlin is that it is capable of running on Java Virtual Machine (JVM).

Kotlin amalgamates both the functional programming and object-oriented features. Since its development in 2011 by JetBrains as a software development company, it has been improved by many open source developers.

It is developed in order to solve the difficulties faced by Android developers for a very long time. Kotlin offers interoperability, clarity, tooling support, and safety, which has cited it as a better option than Java.

Earlier, Swift emerged to eliminate the use of Objective C language. Similarly, Kotlin is touted to be all set to move out Java from the Android app development ecosystem.

Kotlin is creating all the waves, but still, some developers are more comfortable with Java. Probably, they are not aware of a myriad range of benefits of using Kotlin. Among various reasons to switch to Kotlin, we are here going to make you familiar with a few.

Java might have ruled the roost for over a decade, but now, app development has undergone transformations.

It has moved on to better standards and practices with advanced technologies. And that technological boon is Kotlin.

In comparison with Java, Kotlin is far more advanced & versatile and offers more values than Java.

Kotlin allows you to easily adapt to multiple advanced languages and platforms, such as Ruby, Asp.Net core.

If you have ever worked on the iOS platform, you must be aware of the Swift language. Kotlin is considered to be a lot like Swift.

Kotlin can set up in a matter of minutes and allow app debugging, which is a quite similar characteristic to Swift.

Users may need to form an abject with a minor modification of some class every so often without explicitly declaring one new subclass. If you are working on Java, then you need to make use of anonymous inner classes in this case.

But with Kotlin, the same case can be handled by leveraging object expressions and declarations. Java has more restrictions in accessing final variables while Kotlin has no such limits.

Many developers are deemed to prefer Kotlin over Java due to many reasons. Among these several reasons, one is brevity provided by Kotlin as developers like clean & concise code structure.

Brevity means the use of lesser words, resulting in lesser errors. Java coding is quite lengthy and complex, unlike Kotlin. Due to the brevity of Kotlin, it has a rapid rate of production, which, in turn, makes it the first choice of developers.

Kotlin’s backward compatibility is one of the major reasons that it is having an edge over Java. Kotlin is compatible with many other Android and Java development projects.

Kotlin provides full support to the devices running on older Java code structures. For the case in point, Kotlin is compatible with Java 6 bytecode.

Kotlin is facilitated with all the advanced IDEs and tooling support for Android projects. You just need to download and install all the necessary

Android Studio plugins and all the IDE features of installed Android Studio will work with Kotlin. In the same android project, you can even mix and compile both the Java and Kotlin codes without any stumbling block.

Immutability is a runtime characteristic of an object created once and cannot be modified later. It becomes simpler to write, use, and reason about the code with immutable objects. Immutability makes the internal condition of app components more consistent.

Kotlin has immutable val keywords and collection. Validity can be ensured after the initialization of a collection or val. Hence, coding with Kotlin becomes far easier as it gives an automatic preference to immutability wherever possible.

In coding, you often create classes to serve the purpose of holding data in them. In such classes, a few functionality and utility functions are automatically derivable from the data.

In Kotlin, this is referred to as a data class. The data classes of Kotlin are a kind of regular classes with a number of additional functionality.

Kotlin provides a multitude of self-generated code with the use of data classes. These data classes consist of a few old boilerplate codes organized as hashcode(), getters, setters, toString(), and equals().

9. Added Worth to Developer’s Profile

Java is being used by developers for ages and is becoming obsolete now. Learning and using a new language like Kotlin adds an extra worth in the developer’s profile.

Brain-storming with Kotlin makes developers more inventive and supports the economy of the workplace.

Developers can get space to think more innovatively with the use of a trendy and modern language, which can easily be seen in the reflection of their work.

Leveraging Kotlin at the workplace enhances the versatility of developers and allows them to come up with better results.

The language design of Java is a little tricky, which, in turn, loads tons of work and requires extra time & money for a project. In effect, Kotlin has gained popularity over Java as it is easier than Java.

Let’s say with an example, in Java, nulls can exist by default if you don’t assign any value to the object. Almost 90% of the errors are witnessed by bug managers in ‘Null Pointer Exception’’. While in Kotlin, nulls cannot exist by default.

A developer has to denote the type using ‘?’ for allowing a variable to accept nulls. This eradicates the occurrence of ‘Null Pointer Exception’ in Kotlin.

These are some of the positive points that are supporting the popularity of Kotlin. If you are still perplexed about choosing one out of Kotlin and Java, your confusion is justified.

But you will have to come to the terms that even in the early stage, Kotlin has gained high marketability. It is a safer and concise alternative to Java.

Besides being functional for new apps, Kotlin files can coexist with Java files, making it equally useful for already existing apps.

The main challenge that software development teams may face is delivering effective work as Kotlin is new and developers are still not in abundance.

Kotlin is easier and safer than Java, but you still need knowledge of functional programming and time to learn it for getting your job done.

Kotlin can turn out to be a major transformation over conventional Android development. It is likely to bestow us with great apps on time with fewer bugs.